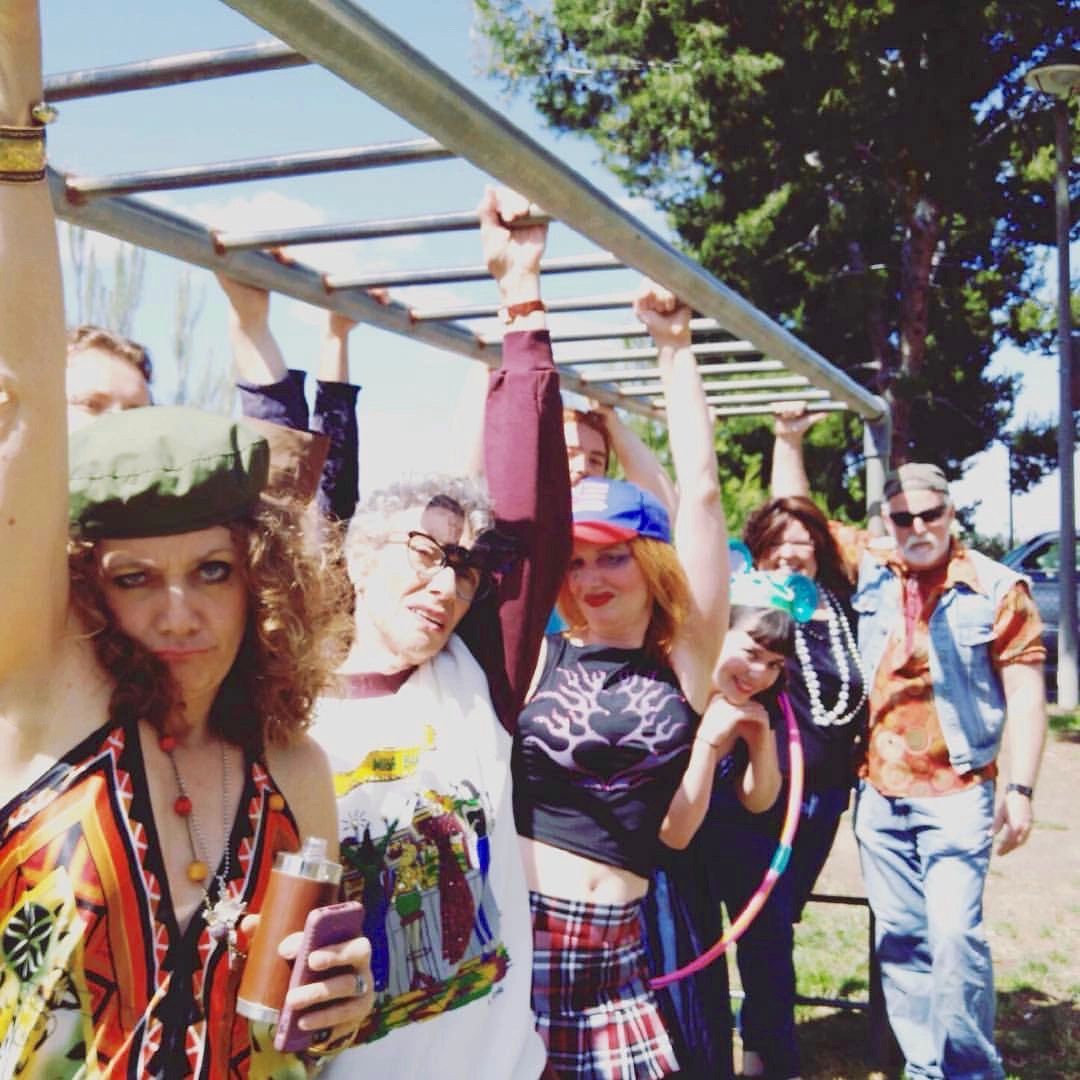 I grew up in Wisconsin, the offspring of highly caffeinated immigrants who encouraged me to pursue a career in nursing. Knowing that my preference to be a comedic actress would never fly (to my Balkan grandmother, “actress” was synonymous with prostitutka) I chose advertising copywriting. Eventually, via voiceover and standup, I worked my way over to film. I've run from cyborgs, raided corporate files in an Eva Gabor wig, drowned in the ocean, and wept in my tea, all for the love of film. And acting. And fun. There’s nothing else.

Dubious crafters. Clueless Christians. That doesn't stop Bev and Steve. Behold them on YouTube or  www.christiancrafternoon.com

Episode 51: How to Make a Necklace from the Holy Shrapnel You Find in Your Breast

When a mammogram reveals a 3.5-inch nail in Bev's left breast, she believes it's holy shrapnel – like thorns from Christ's crown found in the hearts of dead saints – and sends her application for beatification to The Vatican.

With few discernible skills and zero self-awareness, Mayor Maggie embarks on her campaign for the presidency.

Season 3, Episode 4: Lady Edith's letter appears in the newspaper, Bates and Anna each receive their backlog of prison mail, Branson runs from Ireland to England in the rain, new footman Jimmy Kent is hired, and Matthew discovers that Lord Grantham is massively mismanaging the Abbey.

“I was judging films for this year's film awards and was watching some actress that I thought was really, really good ... like stand-out-from-the-rest-of-the-cast good ... I thought I recognized her but not quite ... I waited for the credits so I could find out who she was. Suzana Norberg.”

“You're so fucking good. I want you to be in every movie. Forever.”

“The audition you did for us was one of the greatest live auditions we've ever seen.”